Donuts, Divination and a Deceased

The local sheriff stands accused of murder. Since Harper Dade, a not-so-witchy witch, is forced to investigate, trouble can’t be far behind.

With the local bear of a sheriff blamed for killing his former boss, Harper sets out to solve the decade-old murder. Suspects abound, then a key suspect goes missing.

Under the watchful glare of the interim sheriff, she struggles to right the skewed magic suddenly invading their southern tourist town.

Residual hauntings, ghosts, and conspiracies overtake the town where Harper had hoped to live a simple life. But she’s fast discovering there’s no such thing when it comes to the Witches of Willow Hollow.

Dollars to donuts, the odds are against her. And, like sprinkles on top, a bad case of wrong-way magic, murder and mystery awaits.

Pie, Potions and a Poison

A Taste of Magic Mystery

When a contest judge takes an eternal nap in the middle of the pie entries, fledgling witch Harper Dade discovers living in Willow Hollow can be murder.

The shifter sheriff of the magical town pulls Harper into the investigation. With more than the pie contest in jeopardy, the success of the town’s businesses is on the line.

A defective witch, she can’t face the truth about her heritage. Let alone cast successful spells or bake an edible pie.

Supernatural factions turn against one another. Likely suspects toss blame like magic bolts, and conspiracies better left buried are unearthed. Harper’s left with a curse and a talking cat, without a ghost of a chance of solving the mystery.

Yet she must, for the sake of Willow Hollow, to make sure a murderer gets his or her just desserts.

Cupcakes, Conjures and a Casualty 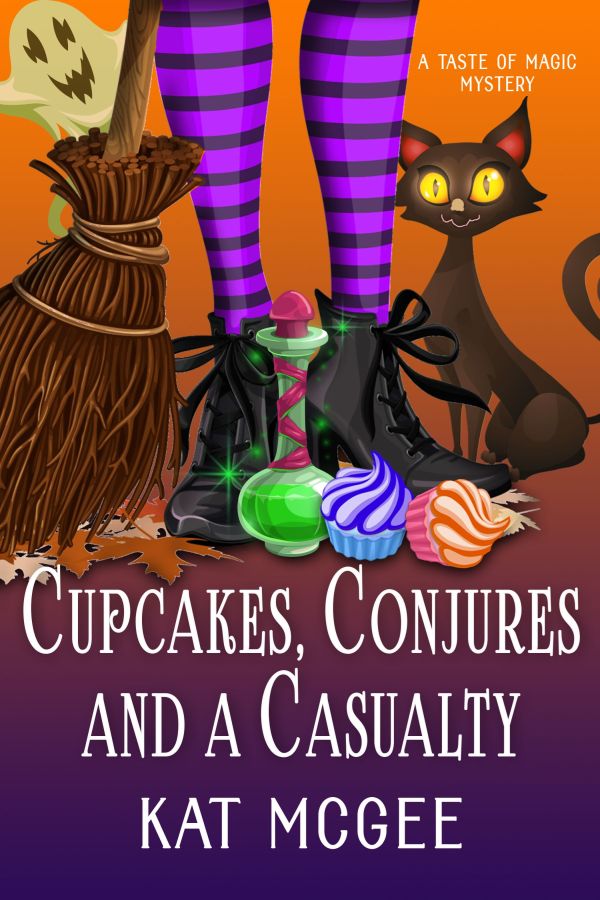 A Taste of Magic Mystery

Nothing’s worse than a witch who can’t magic. Except finding a body in the kitchen. Just ask Harper Dade…

The discovery of the casualty in the middle of the cupcake creation class threatens to ruin the town’s tourist season. Taste of Magic Bakery’s reputation is under attack. And Harper’s fresh start in the magic-imbued southern town crumbles.

Add kitchen disasters and a severe onset of wishcraft, and neither Willow Hollow nor Harper will ever be the same.

And as if things can’t get worse, Bub the cat shows up as her familiar. Since it’s the night of the full moon, by all things witchy, the pesky feline has a lot to say. Such as, “Trouble rode a broomstick into town and is here to stay.”

Despite spells gone wrong and a renewed curse, Harper struggles to solve the murder even as the list of suspects grows and danger ramps. Will her return to Willow Hollow end up a recipe for disaster?